Finxact Board of Directors

The Finxact Board of Directors is composed of industry leaders in banking, finance, and technology who have created some of the biggest and most innovative financial services companies in the world.

Chairman of the Board 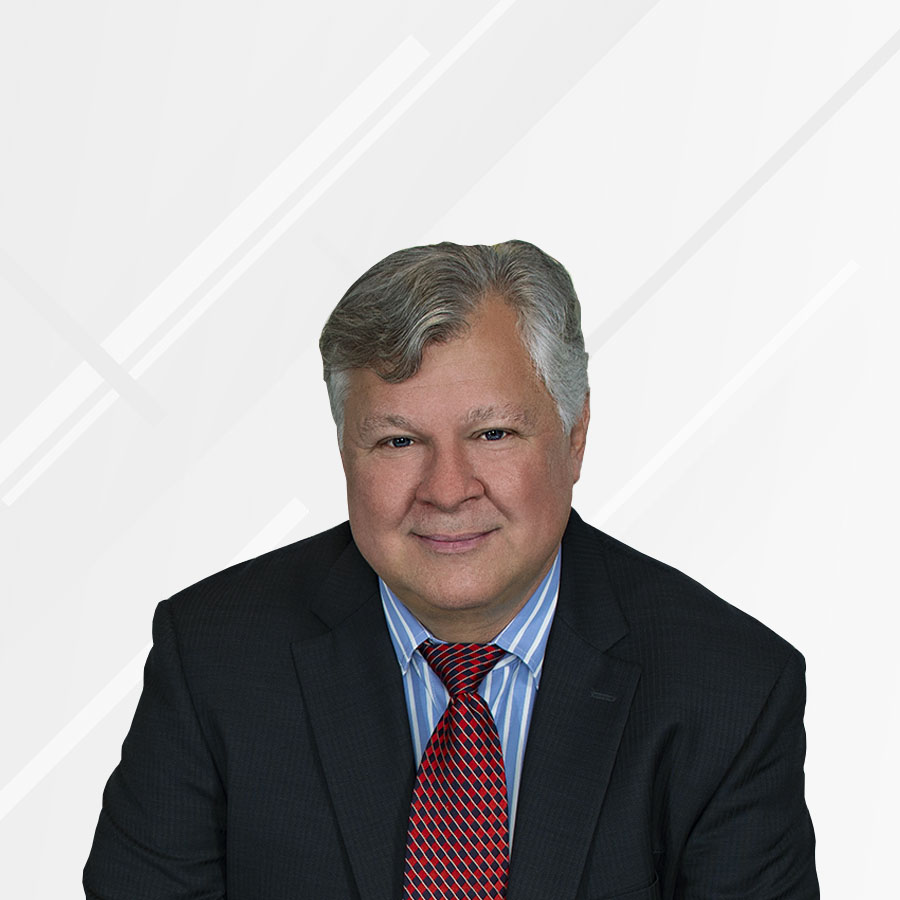 Chairman of the Board

Frank Sanchez boasts four decades of financial technology experience with numerous success stories throughout his career. Prior to his current role, Mr. Sanchez served as the co-founder and CTO of the digital bank Zenbanx, which was acquired by SoFi for approximately $100M in 2017. Mr. Sanchez also served as a President of Enterprise Banking and Retail Solutions of Fidelity Information Services Inc (NYSE: FIS) from 2007-2011 and global head of R&D from 2005 on.

Mr. Sanchez joined FIS after the Company acquired his previous bank software company, Sanchez Computer Associates (NASDAQ: SCAI), for $184M where he was the co-founder and CEO for 24 years. At Sanchez Computer Associates, Mr. Sanchez was the chief architect and developer of the industry’s first and one of its most successful core banking systems, which operates across hundreds of financial institutions around the world and is recognized as an industry leading banking platform for direct banks. 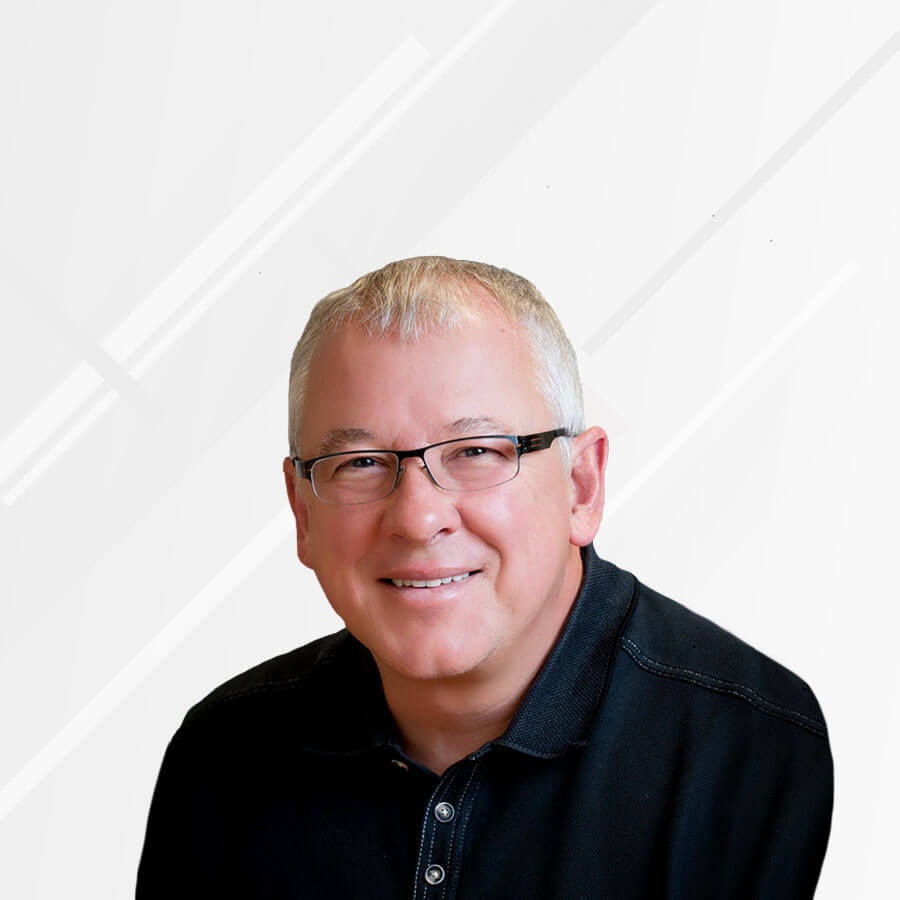 Prior to his current role, Mr. Sanchez served as the President of International Divisions of Fidelity National Information Services Inc (FIS) (NYSE: FIS), where he led significant growth during his tenure. Prior to FIS, he was the founder and Chairman of Sanchez Computer Associates (NASDAQ: SCAI), a leading global supplier of core banking systems, which went public in 1998 and was acquired by FIS for $184M in 2004. 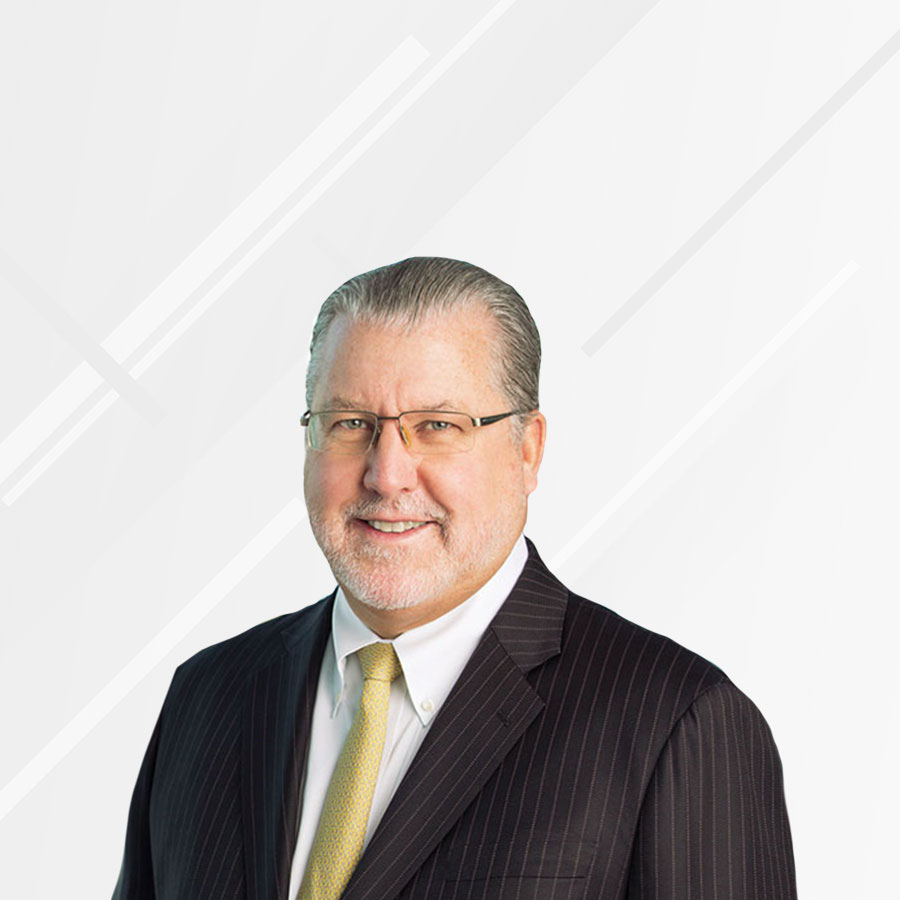 Christopher Foskett is the Chief Sales Officer at Fiserv, Inc. where he utilizes his extensive financial services sector experience to help connect clients with the solutions and services that are right for their business. Previously, Mr. Foskett was in leadership roles at First Data Corporation, JPMorgan Chase & Co and Citigroup. 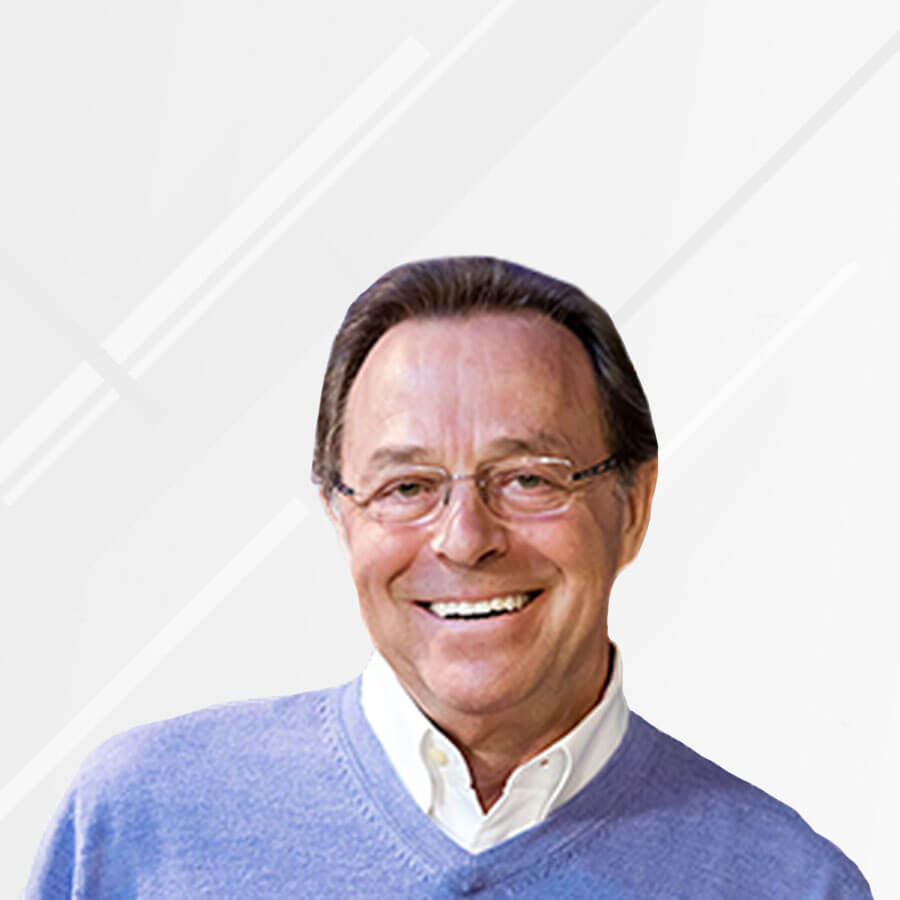 Arkadi Kuhlmann introduced the world to direct banking with a simplified customer focus when he founded ING DIRECT Canada in 1996, creating the brand strategy and growing the bank during 1996-2000 to a successful market position while serving as the bank’s President and CEO. In 2000, Mr. Kuhlmann founded ING DIRECT USA and as the bank’s Chairman, President and CEO, led its growth to become the nation’s largest savings bank and number one direct bank, with more than $84 billion in deposits and 7.8 million customers.

Prior to ING DIRECT, Mr. Kuhlmann engineered organizational and systems restructuring as the President of North American Trust. The execution of his tactical business plan along with new product development resulted in a transformation from a $10M operating loss to a $17M operating profit.

As President and CEO at Deak & Co. and Deak International (1985-1993), Mr. Kuhlmann restructured Deak International’s operations, launching a revitalized company in April 1986, as well as oversaw the successful divestiture of Deak International in 1990. He was responsible for expanding the company from 52 to 192 branches and 350 to 1,500 employees worldwide, achieving revenues of $1B wholesale and $2.5B retail, and income of $70M.

From 1977-1984, Mr. Kuhlmann served as Vice President, General Manager and Manager of Royal Bank of Canada. Prior to that, he served briefly as a consultant for the banking industry and as an Assistant Director of the Institute of Canadian Bankers.

In addition to his corporate successes, Mr. Kuhlmann was a professor of International Finance and Investment Banking at the American Graduate School of International Management (Thunderbird) in Phoenix, Arizona, and has written several books on leadership, culture and innovation, including “Rock then Roll: The Secrets of Culture-Driven Leadership” and “The Orange Code: How ING DIRECT Succeeded by Being a Rebel with a Cause,” as well as several books on finance and numerous business cases. 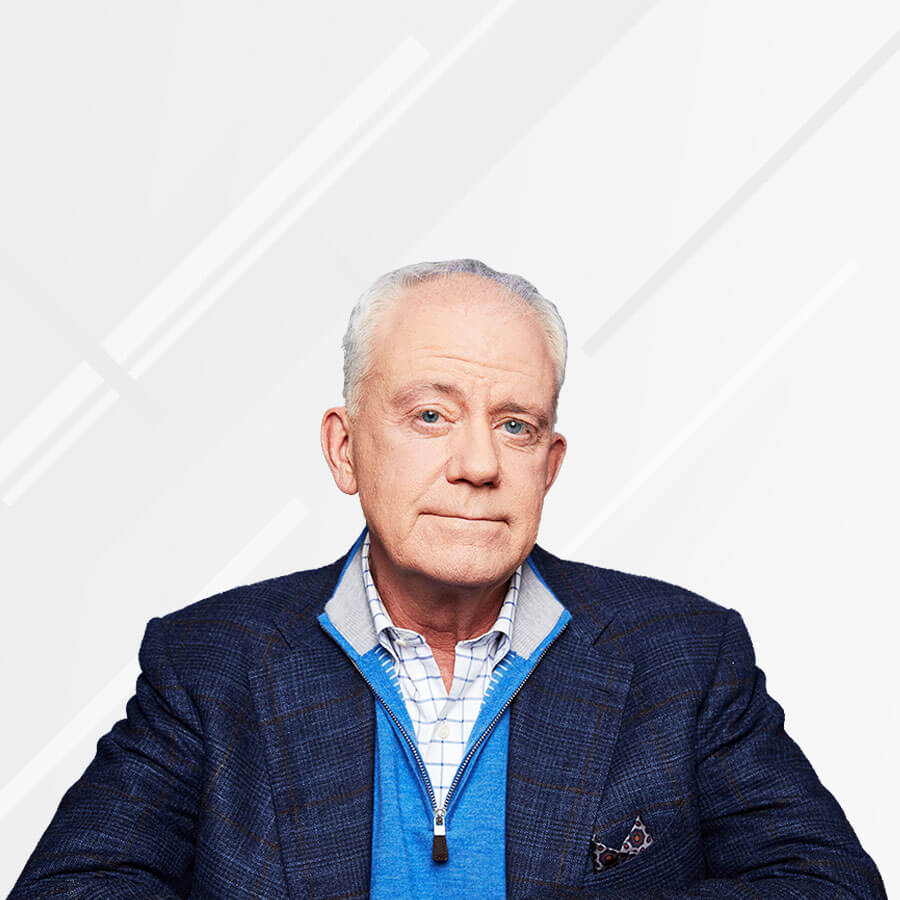 Chip Mahan is the founder, Chairman and CEO of Live Oak Bancshares. He serves on the board of directors for Apiture, a joint venture between Live Oak and First Data which focuses on creating next-gen technology for financial institutions. He is also a director of Payrailz, a digital payments company which offers advanced solutions for the financial services industry. Chip is a co-founder of nCino, a cloud-based banking software built on the Salesforce platform.

Prior to Live Oak, Chip was the Chairman and CEO for S1 Corporation and founder of Security First Network Bank, the world’s first Internet bank. Under his leadership, S1 Corporation grew to become a $234 million software and services provider in only six years, averaging more than 200 percent growth year over year. At its peak, S1 had a market capitalization of $7.8 billion. During his term as CEO, Chip was ranked as one of the 10 Most Influential Personalities in Financial Services by FutureBanker magazine.

Prior to founding Security First Network Bank and S1 Corporation, he launched Cardinal Bancshares, where he served as Chairman and CEO. Chip built Cardinal into an institution with $800 million in total assets and took the company public in 1992. Before launching Cardinal, Chip spent several years with Citizens Union National Bank & Trust Co., serving as President, Chief Operating Officer and Vice Chairman and becoming Chairman and CEO in 1984. In 1986, he formed an investment group that purchased Citizens Union and subsequently sold it to BankOne Corp. of Columbus, OH. Chip began his career in 1973 at Wachovia Bank & Trust Co. in Winston-Salem, NC, after graduating with a bachelor’s degree in economics from Washington & Lee University in Lexington, VA. 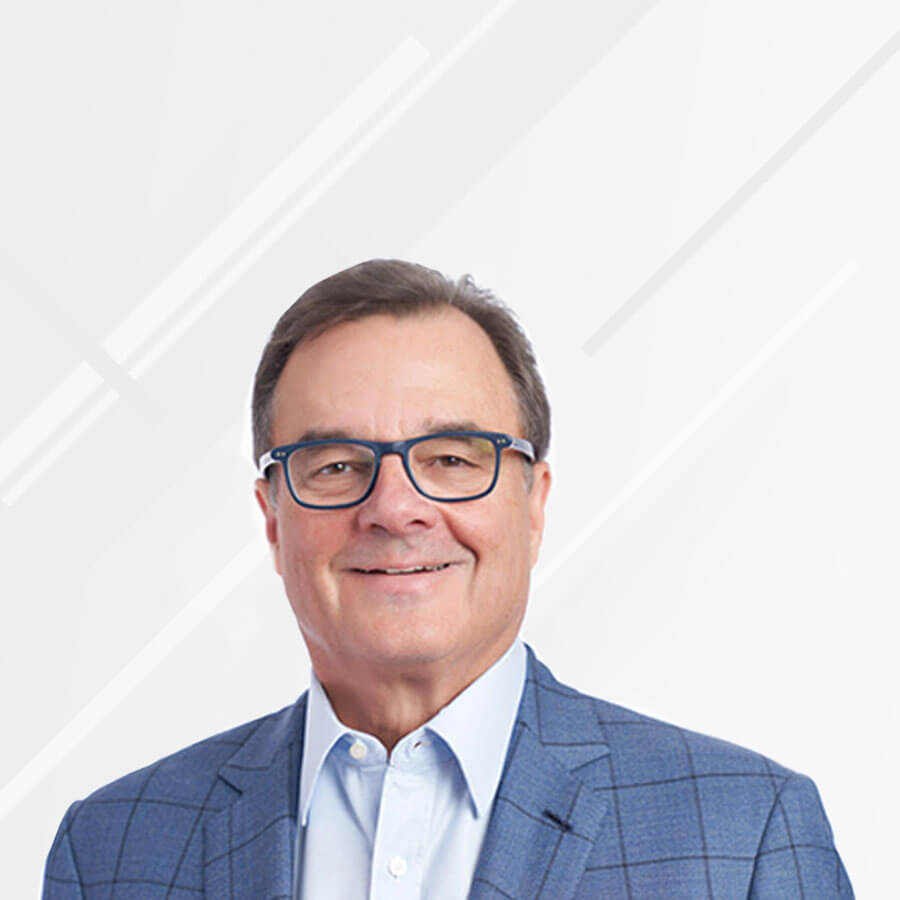 Craig Phillips has more than three decades of executive leadership in finance within both the public and private sectors, with widely regarded expertise in capital markets, risk management, regulatory policy and consumer and commercial credit markets.

Between 2017 and 2019, Mr. Phillips served as Counselor to the U.S. Secretary of the Treasury, Steven Mnuchin, where he acted in the capacity of Under Secretary for Domestic Finance, leading the development of comprehensive policy recommendations for regulating the US financial system. He also oversaw policy efforts to enhance the financial sector’s cyber security and resilience through the Office of Critical Infrastructure Protection and Compliance Policy.